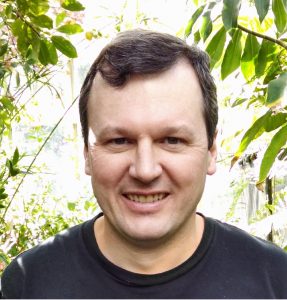 William G. Willmore, Ph.D. is an Associate Professor and former Director of the Institute of Biochemistry at Carleton University. In 1997 he obtained his Ph.D. in Biochemistry at Carleton and did postdoctoral research at Brigham and Women’s Hospital, Harvard Medical School, in Boston, Massachusetts. He established the Doctoral Program in the Ottawa-Carleton Collaborative Program in Chemical and Environmental Toxicology, as a Specialization in Biology, Chemistry and Earth Sciences between Carleton University and the University of Ottawa, in 2004. He is the Instructor for many third-year Biochemistry courses at Carleton, where he also leads a multidisciplinary team of researchers examining the role of protein post-translational modifications in response to stress; primarily low oxygen (hypoxia) and oxidative stresses. He has established a Facility for Free Radical Research at Carleton, investigating protein structure/function modification in response to oxygen and oxygen-derived free radicals. His research attempts to discover novel therapeutics in ischemic cardiovascular diseases, such as cardiac arrest and stroke, as well as aging. His work has attracted international attention, including invited talks at Gordon Research Conferences. He is the recipient of numerous awards, including an Ontario Early Researcher Award and a Carleton Graduate Mentorship Award.